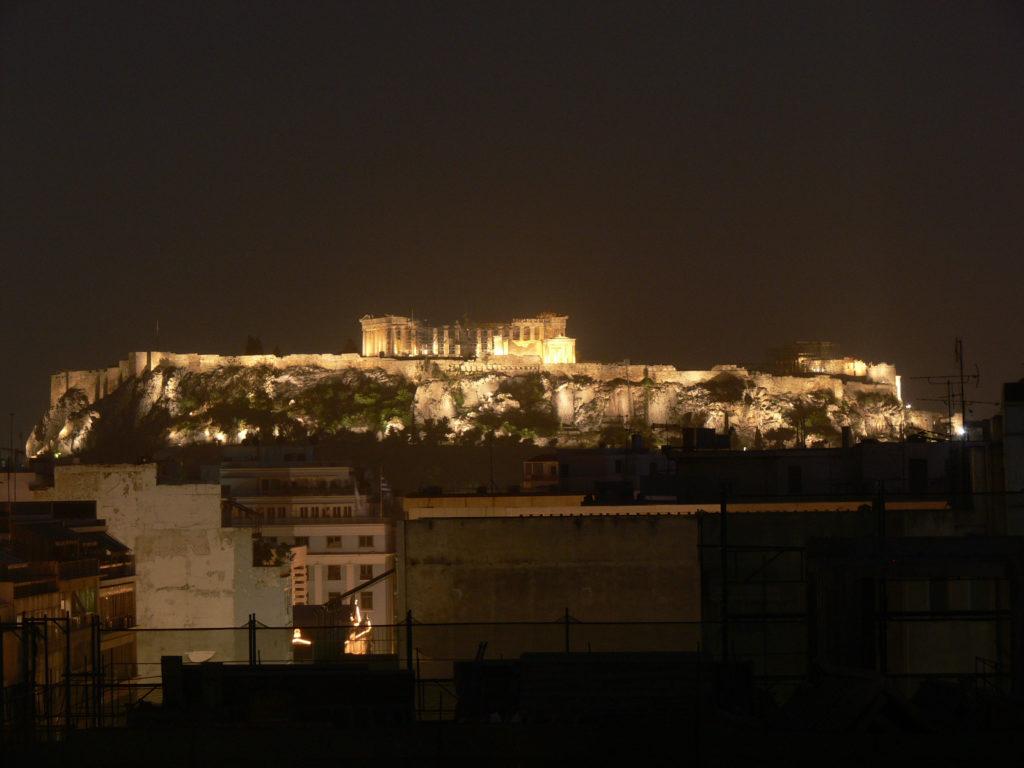 I’m in pain! I’ve got back into training with a vengeance and now I realise how much my physique changed during my time in Eden. I’m not saying that I was a trained Adonis before, but although I feel the healthiest I have in years, that doesn’t seem to be helping with my efforts to get back into regular exercise.

The Acropolis night run is an organised 5km loop around the always impressive Acropolis sat high on its hill.

I’ve never been a runner, EVER, it’s not something I’m good at but with a little encouragement I entered with an open mind. Rather foolishly, I did no pre-race training at all except for a couple of rugby games that have a share of responsibility for my current suffering, and with absolutely no idea what I was doing or where I was supposed to be I followed the others in their fluorescent race shirts to the start line.

There was no manual registration, and I wasn’t convinced that the little chip on my race number would register my but I didn’t have the confidence to ask anyone and so I just joined the crowds under the inflatable starting line and tried to look as calm as the rest.

My only race plan was to tough it out and try not to walk!

As it turns out with the Acropolis being on a hill the route was a little up and down, mostly up to be honest, but I stuck to my plan and even when the hills got a little too steep I shuffled on at a jog passing many people walking the route. One guy stands out from the rest though, it seemed like every uphill stretch I would pass him walking and every downhill stretch he would sprint past me, this continued for most of the race with a strange feeling of competition building inside me it spurred me on to keep running. Annoyingly the last stretch was downhill and he passed me by, my legs too sore from the constant slog to keep up with him.

After the race, everyone was enjoying the live music and water that was freely available, but I opted for a beer from a nearby newsstand. I decided to make my way back slowly walking the streets of Athens and absorbing the atmosphere alone.

I eventually absorbed more beer and souvlaki as well but felt like I earned it. Of over 2000 competitors I finished at 316th place, which I was very pleased about under the circumstances!

Will I do it again? I doubt it, I don’t feel built for running and the water calls more strongly than the pavement!

Find out more about the Acropolis Night Run

Posted in 2016, Greece
← After Eden: CyprusHedgehog Day at Shepreth Wildlife Park — Anton and Raph, keepers for a day →