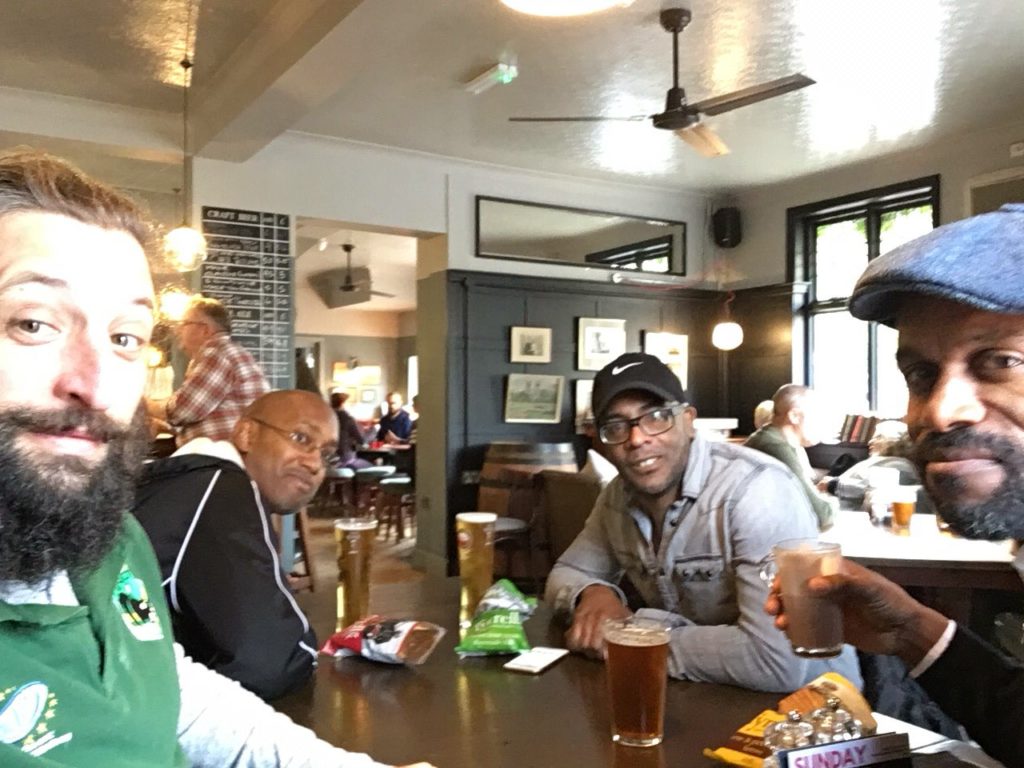 It’s been a fairly lazy weekend, and I’ve been tinkering away on my latest little project, but hardly full-steam-ahead.

As Sunday lunchtime came and went I found myself still in my dressing gown, binge-watching TV and feeding Dodo our (not so little) pigeon, who we found as a fledgling. Suddenly my phone announced that Raph was calling me and after a scramble it underneath a pile of clothes on the sofa I answered. “Gezza, you around?” the familiar voice asked, and it turned out that Raph was in Cambridge with a couple of friends so I invited them over!

Raph, Alex and Jay arrived at my (hastily tidied) home and we sat drinking coffee in the autumn sun, the conversation moved from introductions to reminiscing about Eden and finally to the future. We found ourselves in a creative bliss, ideas and plans started flowing and suddenly there was a real feeling of movement after a week or so that had felt quite slow and draining. Coffees finished we took a walk down the river still discussing what we would be doing next. Raph and I definitely have a certain chemistry when we are together, we all agreed that we respond well on camera and that we can actually be quite funny even if we aren’t really trying to be.

So now I’m feeling revitalised and excited, with almost a dozen crazy plans in place for some fun adventures and fundraising ideas I’m suddenly writing notes and firing off emails. I don’t want to spill the beans too early but I can’t wait for the next couple of months. We aren’t trying to do anything too over the top but we do have some fun concepts in our heads and if even a couple of these should pan out, that will be brilliant.

I’m used to having a mind full of idea soup. I’ll think of a dozen crazy things to do every day and most of them just get scrapped or forgotten. However, it’s that one idea, that one plan that gets through to fruition that makes it all worthwhile. I’m constantly told that I’m a dreamer, that I come up with crazy plots and yes it’s true, but so what? I think we all should be happy to dream and share those crazy concepts with other people. If it wasn’t for crazy dreams then I wouldn’t have sailed the Atlantic or Rowed the Amazon.

So, fingers crossed, the afternoon of dreaming will deliver something fun and worthwhile. Even if it doesn’t, I’ve enjoyed the company of a few other dreamers for an afternoon and made a couple of new friends in the process.

Posted in 2017
← Strangers on a train (platform)Slow progress →