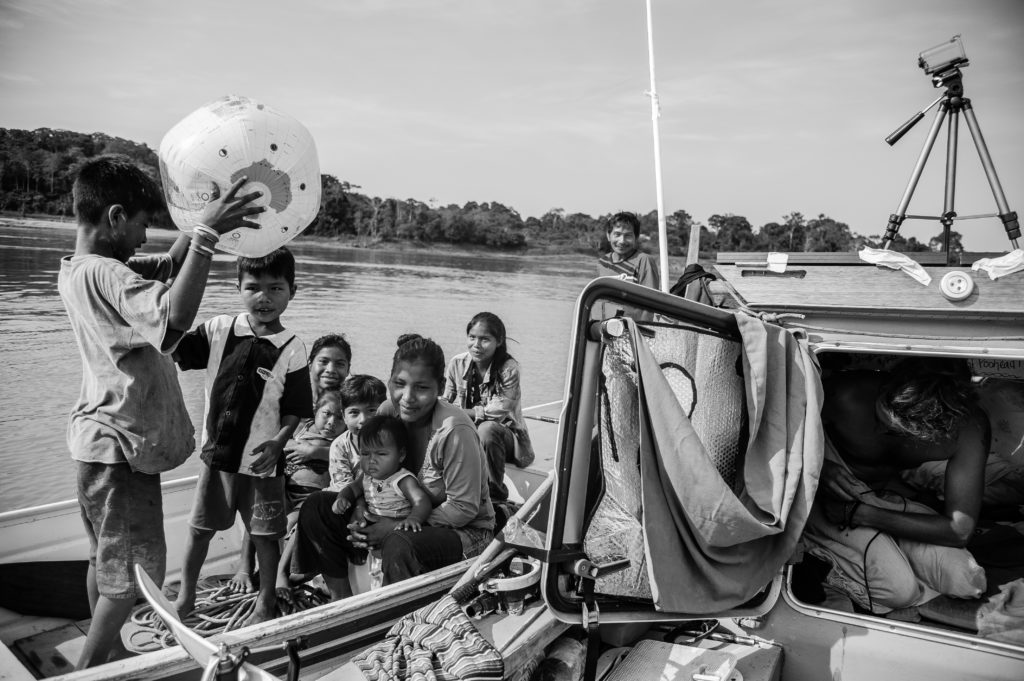 Memories of our Amazon adventure are flooding back today as the Judge Business school in Cambridge have posted about a research paper that has been written about our expedition. Titled: Sensemaking from the Body: An Enactive Ethnography of Rowing the Amazon.

“Drawing on real-time video, an audio journal, interviews, and field notes from the first-ever attempt to scull the navigable Amazon, we explore the promise of carnal sociology to enrich our understanding of embodied organizational sensemaking.

In layman’s terms it’s a paper written after studying key video footage of our endeavor and they focus on a number of specific areas, the lead authors (who were not involved with the row) state early on in the paper:

“we could not rely on talk as a primary means of capturing unfolding sense, in that rowing rhythm relies on felt experience.” Explaining “the rowers typically said relatively little, communicating instead through gestures, expressions, or movements of their bodies.”

Of course we had said lots of things to each other but we all know that language is much more than spoken words and to have someone pick apart and debate the ‘body language’ of what we are truly saying is interesting. It reminds me of the numerous media reports of ‘What Megan’s and Kate’s body language really says’ and similar reports regarding the press promoted rift within the Royal family. We were going through a very traumatic experience so there is no denying that what we were saying to each other contradicted what we really felt but that is surely to be expected however it’s nice to have an expert discuss it rather than a red top paper.

We had filmed the adventure to hopefully pass onto an editor or someone who could put it together as a programme after seeing Ed Stafford and others do the same. What we didn’t realise is that that is not how it works so we sat on hundreds of hours of footage for years doing nothing but romantically (or traumatically) remember our days on the river. Neither of us had any experience in media at the time and it’s only with my new change in direction that I decided to try and put it together into a film. I remember sending it to Mark and asking his thoughts on it. He replied:

I really showed me that a shared experience isn’t always shared in the same way, I showed him a version of the story that I recalled and I’m sure that if Mark had put it together he would show me a different story. I think that’s the same with everything in life, somethings aren’t always the same for everyone even though they are. The way we feel about things differs and therefore the way we experience them is different.

Today I’m thinking how this can be applied to other experiances I’ve had, I’ve been spending much more time in the north recently spending time with family that I’ve really not made the effort to keep in touch with (it’s my new years resolution to myself) and there have been some uncomfortable conversations at times. I broached one of these with my brother and his experience seemed to be very different to mine, I almost felt angry that he seemed to cope better with it than I did. Life is strange, unpredictable and often hard. Much harder than rowing the Amazon river which, for me, felt more like a bit of a break from everything.