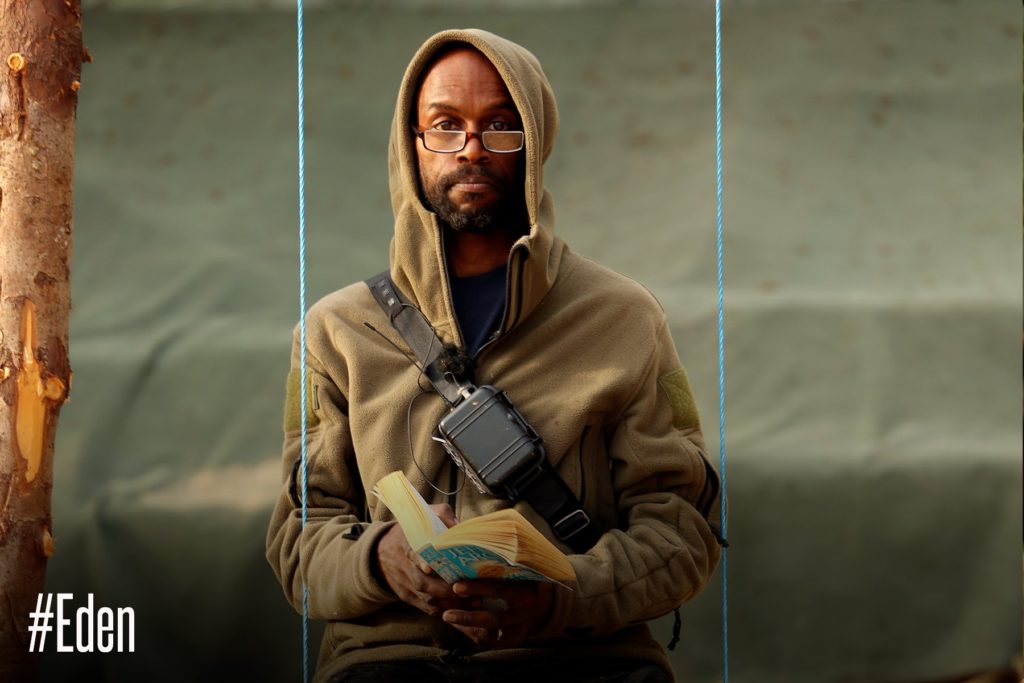 It’s July 2015 and I receive a call from a producer of Eden. Cut a long story short I hang up thinking it a prank call. ‘I ain’t got time for jokes.’ The following day, another call. This is serious! “You what? You want me to go away from my home and family for one year to ‘survive’ with a bunch of strangers?”

First thoughts are completely dismissed from my mind. But in the background, those little cogs were whirring away until they became the main thought. Yes I wanted to do it. But why? All too often I watched such programs, sitting there in my cumfy chair being an ‘armchair expert’ saying such things as, “Oh what is he doing?” or “Easy. I could easily do that…” Anything from Total Wipeout to Steve Austins Broken Skull Challenge.

Well, as they say, it was now time to ‘Put up or shut up’

The night of 20th March 2016 and I feel nothing. Nothing! No excitement, no trepidation, no nerves… nothing and I start to question myself. “Are you ok?’ Though I have now left home and am in Scotland, it is not for another 2 days before I head off into camp – 23rd March 2016. Already I have made a mistake, but don’t know just yet. I had a load attached to the outside of my ruck sack, but because we were flying up to Scotland I stupidly removed some essential things and didn’t “repack them.” To take with me. When you don’t know, you just don’t know.

A city boy who had never been camping. The nearest I had ever been to camping was a 3-star hotel in a foreign country or a bush walk with friends on the Caribbean Island of Montserrat. No. I didn’t have a true idea of what I had let myself in for.

On opening the gate to enter Eden I turn and take a good look. My honest first thought at seeing all that wood, mud, fallen trees? “OH JEEEZOS WTF”

It took me about an hour and a half to find the main camp. I was dripping with sweat, covered in mud and tired from carrying the ruck sack, but I had made it into camp. The first person I saw turned out to be Oli the camera man. This was the beginning of a new way of life for me. As yet I still don’t know how important some of the stuff I had left behind would turn out to be.

Posted in 2017, Eden and tagged Raf
← A new dawnHelping hedgehogs →